A final-year student at Teesside University has topped over 10,000 entrants to represent the UK and Ireland at a major design competition in the USA.

The Adobe Certified Professionals National Championship attracts thousands of creative design students each year, but only 20 go on to participate in a design challenge for the chance to compete at the world championships.

Finalists were asked to complete a five-hour design challenge based on a live brief from children’s charity Barnardos Ireland to demonstrate their skills using Adobe Photoshop, Illustrator and InDesign.

James Burrell, who has just completed his BA (Hons) Graphic Design and Illustration degree at Teesside University, was also invited to take part in the national finals after achieving an impressive exam result.

A panel of judges from Barnados Ireland and Adobe design industry experts reviewed the final projects and selected a winner based on visual appeal, their ability to meet the client’s requirements and brand aesthetics, and their professional usage of the Adobe Creative Cloud applications.

After impressing the judges with an emotive and versatile design concept for the children’s charity, Keavey will now represent the UK and Ireland at Certiport’s Adobe Certified Professional World Championship in California, USA, from 24 to 27 July 2022.

On qualifying for the finals, Keavey said: “I was initially incredibly shocked to learn I had won the national design challenge. I worked very hard to get the Adobe Photoshop certification itself, but this really cements the knowledge and skills that I have gained. Being able to represent my country is a fantastic opportunity.” 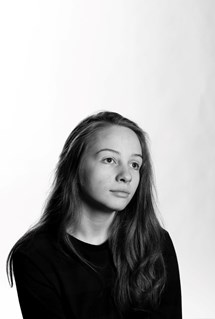 Keavey is in the final year of studying BA (Hons) Graphic Design with Marketing in the University’s School of Arts & Creative Industries and says the opportunity to compete at this level will help her future career prospects.

She said: “Having the chance to represent the UK and Ireland at the World Championship will be hugely helpful for my career. Adobe is industry-standard – so to even have someone from Adobe judge my work is a win in itself.

“There are so many opportunities available at Teesside that you just don’t get anywhere else – and it’s so important to embrace these opportunities while you’re at university. It opens doors and sets you apart from others.”

Upon successful completion of the training, participants receive certification which demonstrates their expertise and they can opt to be entered into the championships.

As part of the initiative, the University was the first European Higher Education institution to become an Adobe Creative Campus in recognition of its commitment to promoting digital literacy across all courses and areas of study.

Keavey adds that the Future Facing Learning initiative was hugely helpful when she was deciding where to study at university.

“I chose Teesside University to be close to home – but the Advance Scheme was a huge incentive too. As part of the scheme, I received an Apple iPad, as well as credit for books and other learning resources. It was so helpful.”

This article has been uploaded by the Business News North East news team. Many of our articles have been submitted to us as press releases from companies and agencies around the North East of England. If you'd like to submit a story to be featured on BNNE, please get in touch by emailing editor Leanne Fawcett, leanne@businessnewsnortheast.co.uk.